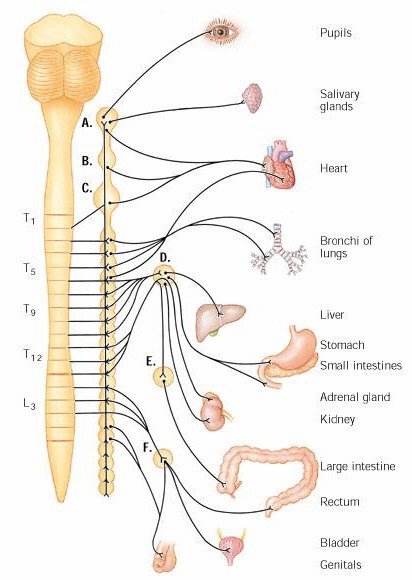 Other than preparing the body to cope with emergencies, the sympathetic nervous system serves other vital purposes. For example, standing up after being in a sitting position for a long time must be accompanied with increased blood pressure, or a person can go unconscious. Most people have either experienced or observed lightheadedness when standing suddenly. Without the proper functioning of the sympathetic nervous system, effects like these would be greatly magnified. This system also prepares the body for waking and action after a sleep cycle, as well as increasing heart rate and perspiration during exercise.