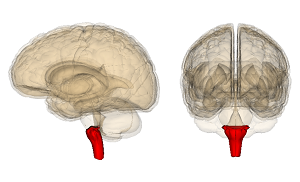 The medulla oblongata is the part of the brain that regulates cardiac, respiratory, vasomotor control, as well as reflexes like coughing, sneezing, vommitting and swallowing. The hypothalmus, another part of the brain, performs a supporting role by linking the nervous system to the endocrine system. The hypothalmus regulates body temperature, thirst, hunger, sleep and circadian rythyms in the body. Through endocrine control, the hypothamlus also plays a role in regulating blood volume and blood pressure.

The Sympathetic Nervous System is commonly associated with the “fight or flight” responses – those bodily reactions that you need to respond quickly in an emergency. When faced with a life threatening situation, your human instinct takes over and you either fight the danger you are facing, or you take flight and run away from the danger. Your Sympathetic Nervous System allows your body to do this rapidly. For example, in the face of danger, your Sympathetic Nervous system will cause bronchial dilation – this allows you to breathe better while you are fighting or running away from the dangerous situation. Likewise, your heart will beat stronger and faster, also prepping the body to fight or take flight. 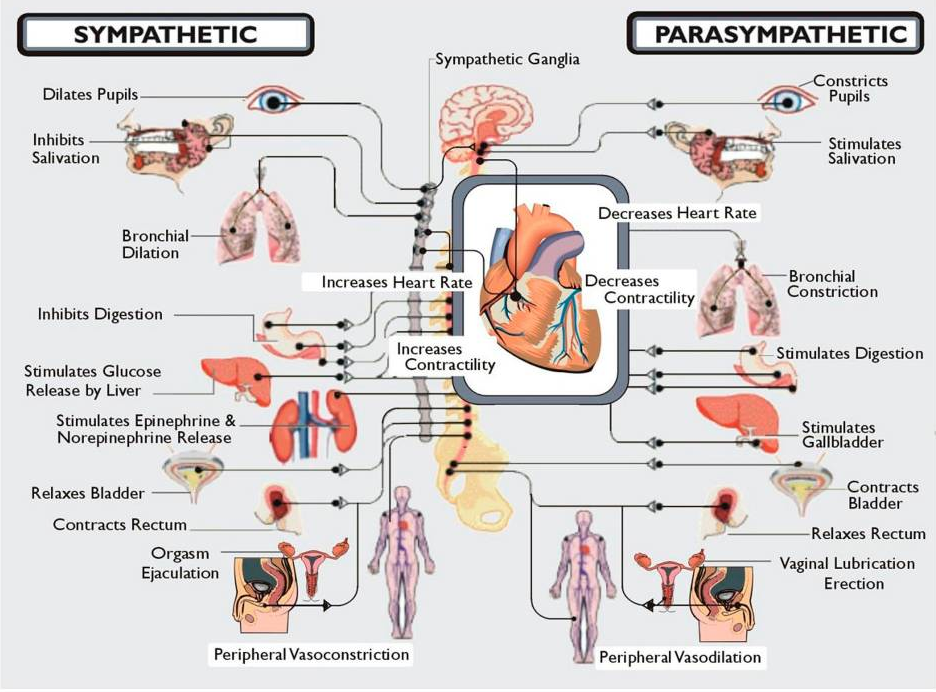